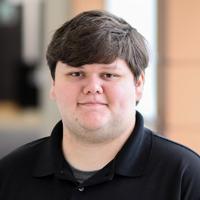 Ezra Hershberger of Dyersville, Iowa, is the esports head coach for Northeast Iowa Community College. A native of the southeast Iowa town of Washington, Hershberger previously coached esports athletes and teams for more than five years on Rocket League, Call of Duty, Overwatch, Counter-Strike Global Offensive (CS:GO) and others. He is ranked in the 99th percentile in Call of Duty and Rocket League internationally. He has seen the popularity and influence of competitive esports evolve rapidly over the past 10 years.

Hershberger’s goal is building a good, strong community of esports athletes at the College’s Calmar and Peosta campuses, developing camaraderie among student-athletes and expanding the team’s roster district-wide.

He is currently employed as a technician for the IT HelpDesk at NICC.

Interested in joining Esports at Northeast Iowa Community College? Fill out the recruit me form to get started.