Prior to his work with the NICC Foundation, Russ Loven served in public education for 44 years as a teacher, counselor and administrator. He also served many years as the mayor of Guttenberg, Iowa. 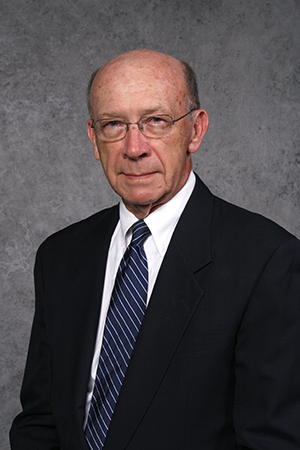 GUTTENBERG, Iowa—The Northeast Iowa Community College Board of Trustees has recognized Dr. Russ Loven with the Honorary Award for his decades of service to education and students, the NICC Foundation and the community. The Trustees made the formal announcement at its meeting on Nov. 21.

Loven served as one of the NICC Foundation’s first presidents and was a founding member of the organization in 1981. In 2016, Russ and his wife, Juanita, established the Dr. Russell and Juanita Loven Endowment to support NICC students through the Community Foundation of Greater Dubuque. The endowment provides direct support to the Student Crisis Fund each year, assisting NICC students in crisis situations that may threaten their ability to complete their college education at NICC.

Board of Trustees Chair Jim Anderson believes the impact of Loven’s advocacy and generosity to NICC students will extend well into the future.

“Russ’s commitment to NICC and the Foundation will impact future generations of students, especially through the endowment for the Student Crisis Fund. His decades of dedicated service to the community and education has helped to improve the lives of others,” Anderson said.

“The NICC Foundation Board is very grateful to the NICC Board of Trustees for their recognition of a truly remarkable individual. Dr. Russ Loven is a founding member of the Foundation Board. He served the Board with distinction, including leading the Board as its President for several years. Because of his leadership, vision and generosity, scores of NICC students have received the support they needed to realize their educational goals,” stated Dr. Julie Huiskamp, NICC Foundation President.

NICC Vice President of Institutional Effectiveness and Advancement, Wendy Knight, has worked closely with Loven for many years during his service to the Foundation Board.

“As a founding member of the NICC Foundation, Russ exhibits all the characteristics you want in a board member; he is passionate, dedicated to the mission and humble,” she said.

Prior to his work with the NICC Foundation, Russ Loven served in public education for 44 years as a teacher, counselor and administrator. He also served many years as the mayor of Guttenberg, Iowa.